Notes from the Field: Air Assurance of Tulsa goes MOBILE! 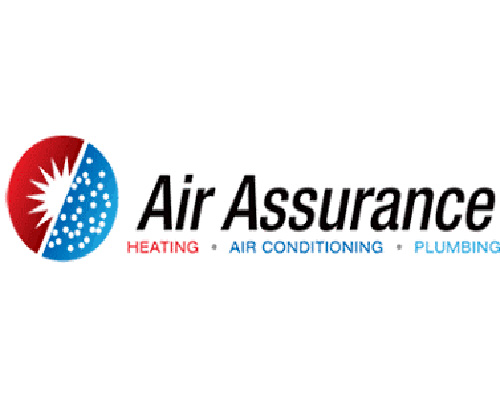 I was glad I made my peace with Wes Adams prior to flying into Tulsa to visit him and the rest of the Air Assurance team. You see I had got myself into trouble with Wes and the accounting manager, Lisa Sims during the implementation of SAWIN by overstepping my boundaries as their software vendor and ally. I was glad that I had made my amends to both of them especially after learning that Wes has a favorite pastime; HUNTING! It turns out that Wes is an avid hunter and fisherman and after finding out he has quite a large gun collection, I am glad that we are now on better terms.

As a matter of fact, after spending almost a full day with the group at Air Assurance, It seems that SAWIN is actually well liked by the staff, even after getting off to a rocky start. Lisa Sims actually told me that after unsuccessfully trying to implement a mobile offering from their previous vendor, the implementation of SAWIN Mobile went “amazingly smooth” and generally crisis free! Everyone from dispatch, to the techs, to management all agree that SAWIN Mobile has made Air Assurance much more efficient and “streamlined their entire process”. Overall, Air Assurance currently has a total of 48 employees. 19 are service techs using laptops and printers in the field and they also have 6 2-man crews for installation. On January 1st, 2008 the company moved into a new, custom built facility that has a very Feng Shui feel to it with pleasant color schemes, artwork, and plants. At night the lobby provides an enticing lightshow for travelers on the adjacent freeway.

Air Assurance did have their struggles though. The initial data conversion was a tough lesson for SAI and AA due to the attempt to convert the data from both of their previous systems. What came out of it was messy to say the least and caused a lot of frustration along the way. Another hurdle was that the previous dispatch screen they were used to was significantly different than the SAWIN dispatch screen which created some initial resistance. The last hurdle had to do with the current configuration of SAWIN Mobile that Wes had some concern over. Wes said, “To us these concerns were not deal breakers. We looked at the big picture and saw the overall benefit. We decided not to dwell on these issues and halt our progress, but rather move forward and we are glad we did”.

Both Wes and Lisa were instrumental in the implementation of SAWIN Professional and SAWIN Mobile at Air Assurance. Both of them give much appreciation to the training and support members from Service Automation. Lisa said, “Gene is great, she has gone the extra mile for us in both training and support”. Both Wes and Lisa agree that one of the key reasons for their mobile implementation going so smoothly is due to the commitment and character of Steve from SAI. “Steve worked very closely with us during the implementation and also on a daily basis to make sure our SAWIN Mobile solution is running smoothly”. They said that Steve even periodically monitors their system and calls them if he sees a tech doing something odd on their system. “He actually called us before we even knew it was an issue”.

To this date, the “roll-out” of SAWIN Mobile at Air Assurance is the largest and smoothest so far and a great testimony to our product, our staff, and Air Assurance. Lisa said, “We are really lucky! Customer service was awesome!” Training was a key component and the Air Assurance technicians and dispatchers had three separate online training sessions with Service Automation. Wes said that he picked out techs that had the full spectrum of skill levels in regards to using computers and trained 5-7 at a time. This gave the techs with a higher skill level the opportunity to help out the guys who were newer to using computers.

He said this approach was very complementary and created a new “affinity” among the techs through the process. Both Wes and Lisa agreed that now their techs cannot even conceive doing a service call without their SAWIN Mobile solution.

While I was at Air Assurance, I had the opportunity to ride with one of the techs on a planned maintenance call and see SAWIN Mobile in action. Akem is a technician who is very happy using SAWIN Mobile. He showed me how the service call info shows up on his laptop and how he has all the customer information at his fingertips including customer contact information, service history, and the current equipment logs. He really likes the fact that while on-site he can enter the equipment at the location if it is not already in the system. He also likes the fact that SAWIN Mobile shows the map location of each call on the application. I think one of the main benefits I saw from riding with Akem was the fact that he did not contact the office for any other reason than to contact the home owner. I asked him why he didn’t call them himself and he said their policy is to keep consistency in place by only having the office call the homeowner, even though he had their contact information at his fingertips on his laptop in the truck.

Akem also told me an interesting story about his personal journey. He told me he had served our country in Iraq and I asked him if he had killed anyone in combat. He said that he was in a situation where a bomb blew up near him and he actually suffered permanent damage in his ear from the blast. He said that just after the bomb exploded he was aiming his rifle at an “enemy” soldier and it was his duty to pull the trigger in combat. However, sand from the blast had gotten into his gun and although he pulled the trigger, nothing happened. Akem said, “I was glad that the gun didn’t fire because I wouldn’t want to live with that for the rest of my life.”

Interestingly enough, while we were at the customers house Akem showed me the many procedures and safety checks that go into a planned maintenance call. As he went through the procedures he said that he checks everything meticulously out of concern for the customer. He said, “I make sure the unit is operating correctly and meets all safety checks because if I forgot to check something and their house burned down as a result, I wouldn’t want to live with that for the rest of my life.” I thought this was on interesting parallel to his Iraq story and speaks volumes about the kind of customer care that Air Assurance instills in their family of employees. What I saw in my experience at Air Assurance was not just the success they have with SAWIN Professional and SAWIN Mobile, but how good people who truly care about their customers are successful at running a business.

For more information on Air Assurance go to: www.airassurance.com